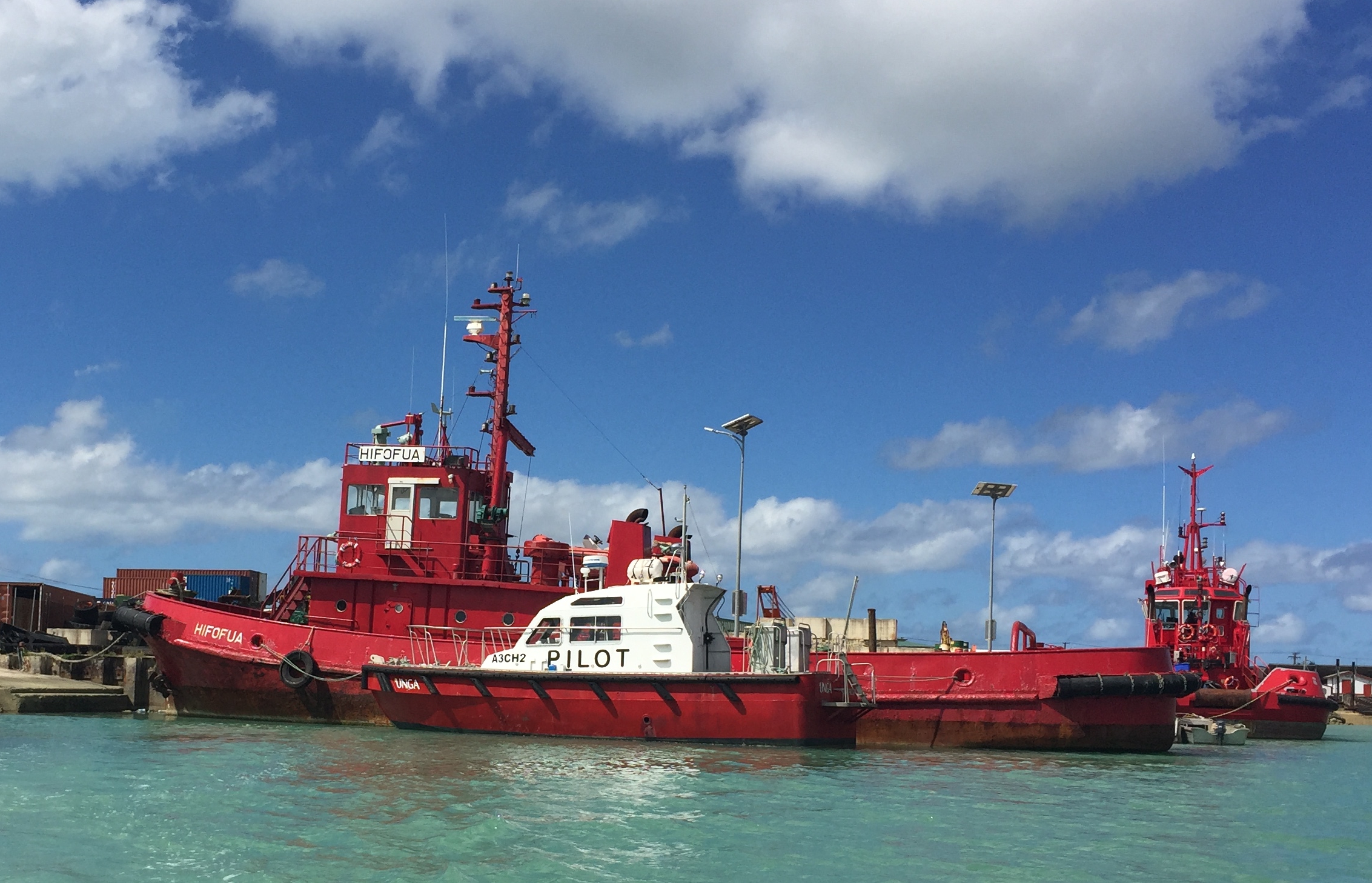 Waking up on the hook in front of a beautiful island this morning was pure nirvana! Can’t tell you how much we’ve missed this part of our lives over the past six months. Sure, we certainly enjoyed New Zealand and loved seeing all the wonderful parts of the country and getting to know the people, but THIS is what we were meant to do.

Today we met Earle and the gang at the island to catch the ferry over to Nuku’alofa. Once everyone was up and ready we hopped in the ferry and headed in to the main island. When we arrived at the wharf we were a bit overwhelmed by the sheer number of people milling about. It’s Saturday and they had the open market going but this was far, far more people than we saw the entire time we were here last year. We had planned to meet up with Inoke to have him drive us to the main part of town to get some things done but we didn’t see him in the crowd so we walked through he market.

They have every single piece of plastic, Chinese made stuff you can imagine. Unfortunately there’s very little Tongan made goods to be had. We did see some dresses and things that were made here but for the most part everything appears to have come straight from China. It’s a little sad to see all the plastic “junk” but I guess it’s the way things are these days.

After spending about forty-five minutes walking through the market we headed back to the wharf to see if Inoke had arrived. Sure enough he was there so we hopped in his car and headed out. First stop, the pharmacy. You see, here in Tonga I can get my Ventolin inhalers for around $7 USD. These same inhalers in the states cost over $50 and you must have a prescription. Here I just walk in the pharmacy and ask for them. It’s similar in México as well. Only there they are just $5 USD. Either way it just goes to show how corrupt the pharmaceutical industry is in the states.

With inhalers in hand we got back in the taxi and headed to the Digital store to get a phone card so we could have regular internet while we are here. The store was packed but it turned out to be pretty quick service and $50 Pa’anga later we walked out with 15 GB of data.

Next we were off to the grocery store. Inoke told us there is a new store outside of town called Costlo. He said it’s an American style store and we’d really like it. The ride to the store took about a half an hour because there was tons of traffic. Seriously, here we are on a small island in the South Pacific and we were literally sitting in city style traffic jams. It was crazy! The good part is we got to see a bit more of the island than we had the last time we were here.

It’s a typical third world type of environment with some nice houses and many, not so nice ones. They have laundry hanging everywhere and some houses have sheet metal roofs and no doors. There’s pigs and dogs and chickens running free. As we passed one home I saw some children playing in the yard, well, more like dirt. One of them was just a small baby, maybe six or eight months old. This little child was crawling around in the dirt all by himself. No one was watching him at all. It was a bit disturbing but then I guess that’s how these children are all raised and somehow they seem to make it through.

We arrived at Costco and were immediately in heaven. This is a small version of a Costco type store where you don’t need a membership but where we can get us Palangis can get some of our favorite items. They had Kirkland products that we love like paper towels, toilet paper and canned chicken. They even had Skippy peanut butter…one of the Captain’s favorite items to have on board. Yes, we were in grocery store heaven here. If you don’t live this way you probably don’t understand how awesome it is to find the items you love. Even in New Zealand, a first world nation, we couldn’t find all of the things we really love to eat. Score a big one for Inoke for bringing us here.

With internet, medicines and groceries in had we had Inoke drive us back to the wharf. There’s little restaurant there and since we still had about an hour and a half before the ferry would leave for the island again we stopped in and had some lunch. The food was not all that great but we did have a nice view of the harbor and the beers were cold.

When the ferry was ready we boarded and headed back to the island and Dazzler. It was a really nice and very productive day for us. We certainly are enjoying getting back into the island living.