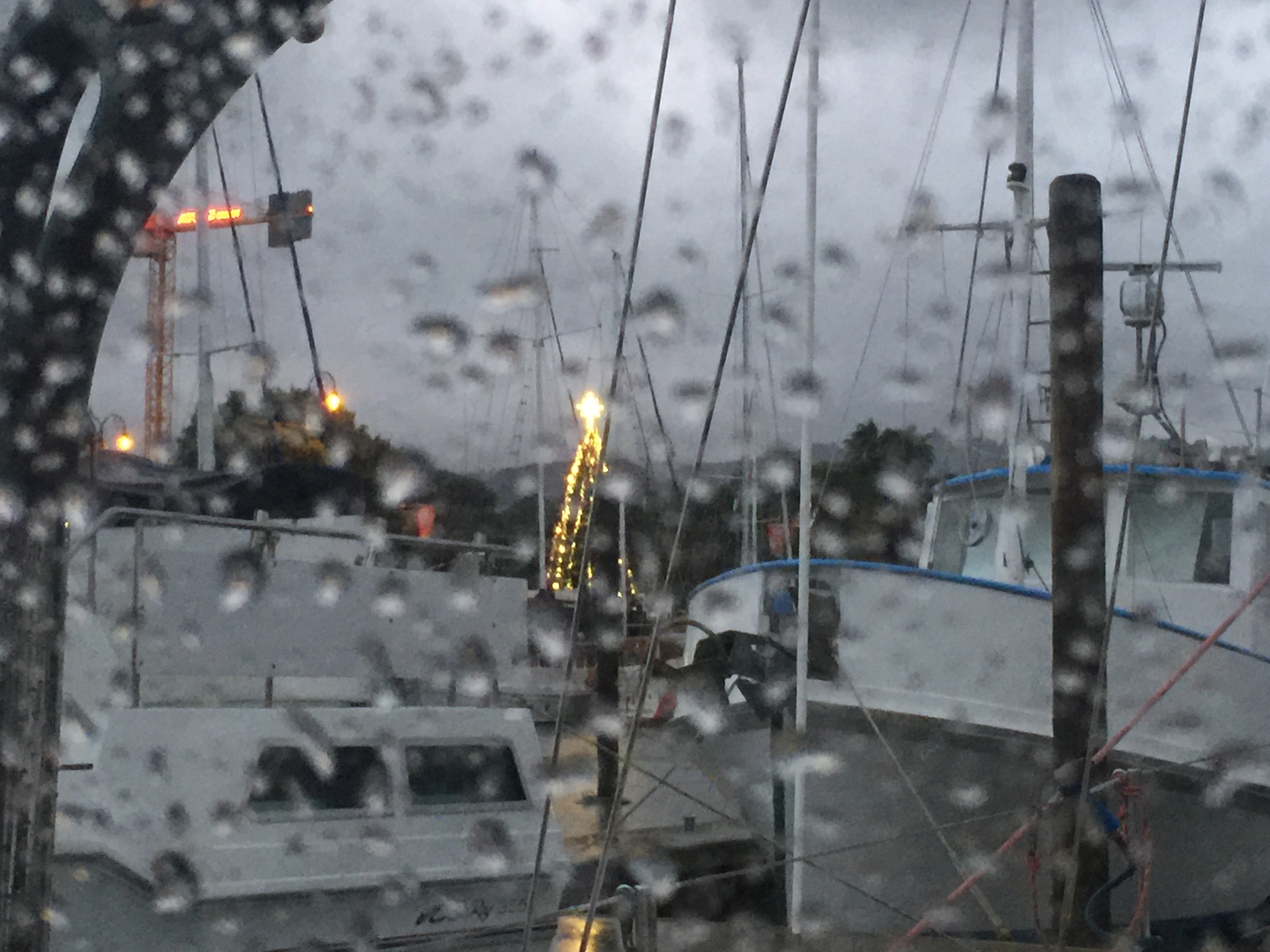 What do you do when you wake up to a rainy, cold day in the land of the Kiwis? Well, you don your warm clothes, grab your raincoat and head out to explore the land. At least that’s what we did on a rainy day in December. After all if we let the cold and rain keep us inside we may never get a chance to explore this wonderful country. We know it’s supposed to be summer here but it feels more like winter.

We really had no idea where we were going to head but Dan pointed the car south and off we went. Highway 1 is the road that leads to Auckland so we’d seen a good stretch of it already. We stopped at a little café about an hour into our ride. We’d seen it before on the way to and from Auckland. To be honest, the food was less than tasty and there were two women in there with a couple of young boys who were completely out of control. One of the women kept yelling at her son across the restaurant.  I can tell you if that had been my kid he’d have gotten a lot more than cross looks and talking to but as I always say, “Not my circus, not my monkey.”

After a less than stellar meal we headed out again. When we saw a sign that pointed west toward the coast we decided to take that road and see where it led. We hopped on State Highway 12 and off we headed toward Paparoa and Ruawai from there we headed north along the coast until we reached Dargaville which put us on State Highway 14 back towards Whangarei.

Along the way we stopped at a couple of overlooks, parks, churches and even a couple of museums. (Dargaville Museum, Kauri Museum in Matakohe) We certainly enjoyed our rainy day and it actually turned out that halfway through the day the sun came out and made it absolutely beautiful.