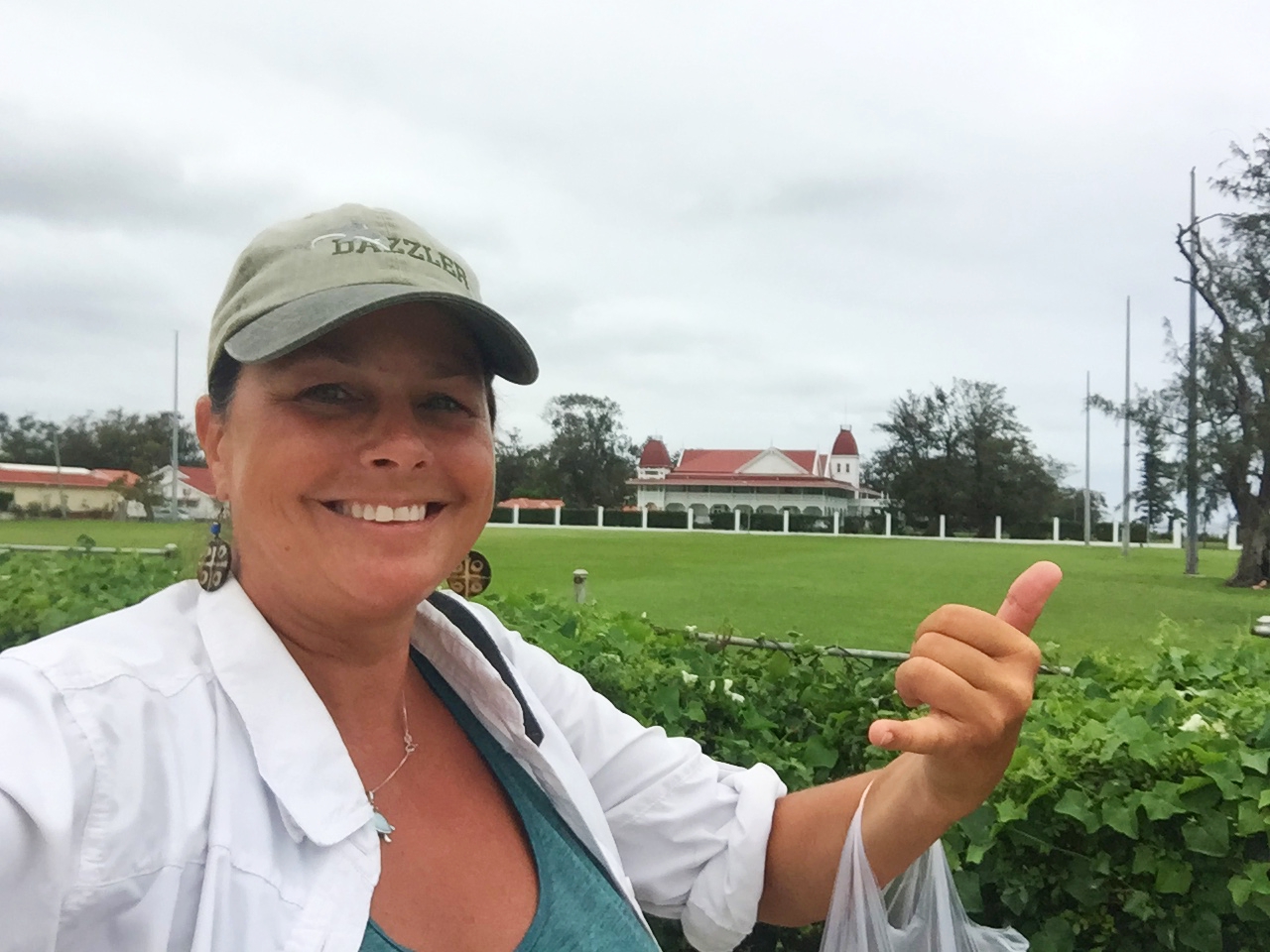 Since we arrived in Nuku’alofa on Sunday we couldn’t even try to check in until the following day. We spent most of the day on the boat and in the afternoon we headed over to see what the BMYC had to offer. It’s really a very cool little restaurant and bar. The floors are sand and outside they have ping pong and volleyball. All along the shore there are small huts that you can rent. The food was good and the beer was ice cold!

On Monday we headed to shore to check in. There were several other yachties doing the same. When we arrived we headed toward the Customs & Immigration Office. That turned out to be another challenge as it was not where we thought it was and everyone told us to go somewhere else. When we finally found where we were supposed to be we were told all the officials were at an event and they didn’t know when they would return. Yes, it’s always an adventure.

We decided we’d go to town and do some provisioning. After all, it wasn’t our fault the office was closed. We did our provisioning and went back to the boat. Later we came back and finally were able to check in.

The village was nice and the people were very friendly but we did notice the criminal element lurking about just as we had been warned. Of course that didn’t stop the two of us from making friends everywhere we went. Whether it was the waitress at the local watering hole or the guys who ran the ferry we did our best to get to know them all.

Because most of the cruisers here were “staging” their jump to New Zealand, the talk amongst everyone was nothing but who is leaving when, why and what the potential weather and dangers would be. Honestly it all was a bit much for me. Everyone was telling stories of disastrous things that happened to cruisers in the past and everyone seemed a bit on edge. There’s no doubt this 8-10 day passage to New Zealand is going to be a challenging one but did everyone have to discuss it to the nth degree? Honestly, it was getting a bid morbid and I just didn’t want to hear anymore. I realize what we do is dangerous but come on people!

We, like many others, hired a weather router. MetBob is the router we hired to assist us with planning our trip. Weather routers are very knowledgeable about the weather patterns and can tell you the best route to take to experience the least problems. It didn’t cost much. We paid him about $130 USD to assist us. Dan had been emailing back and forth with him since we arrived in Nuku’alofa. We were essentially waiting for him to give us the “GO” sign.

I was hoping we’d get a full ten days in at Nuku’alofa before we had to jump as I was just not quite mentally prepared for the jump especially after listening to everyone tell all the horror stories. But, after just a couple of days it became apparent that our weather window was coming up quick.

The day before we left in swift current and winds Dan got in the water and cleaned the bottom of Dazzler. We’d heard that New Zealand is especially particular about making certain you aren’t bringing in biohazards. They have lots of restrictions regarding this sort of thing and they can inspect the bottom of the boat so we wanted her to be clean as a whistle. With the boat cleaned and everything stowed away we prepared to haul anchor the following morning. Two other boats were planning to leave at the same time so at least for a short time we’d have a little company.

The morning came quick and at first light we were hauling anchor and saying, “Goodbye” to Tonga and the islands for this season. I was a bit on edge but there was no time to worry about anything now. The journey ahead would take 8-10 days and cover 1100 NM.