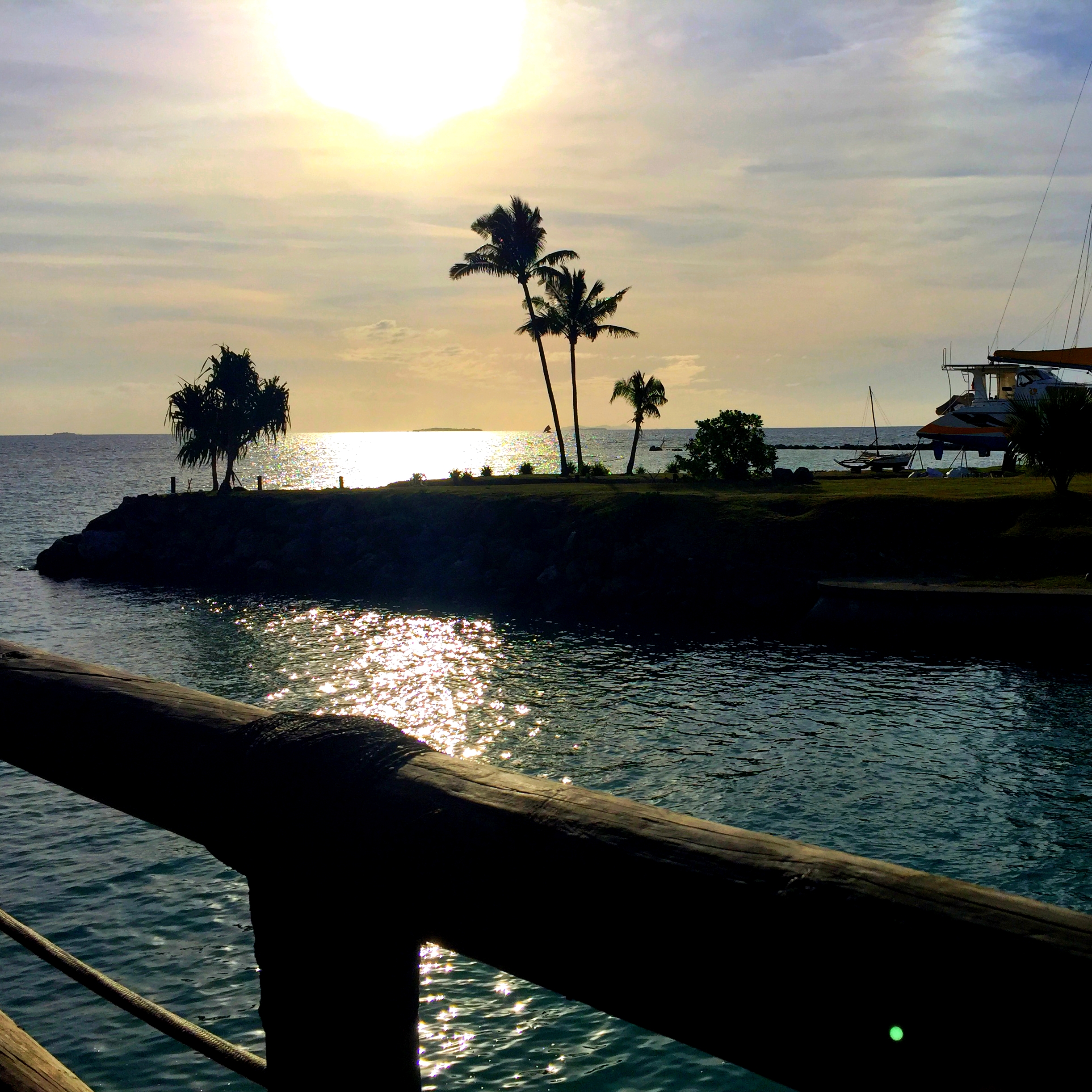 If you’ve been following along our journey you know that several days ago our water maker sprung not one or two, but three leaks! We’ve been limping it along while we tried to figure out where we could get a replacement cylinder. Dan was able to repair leaks one and two but the threads in one of the Clark pump cylinders had a small fissure in it which meant we’d need a new one. Finding parts like this in a place like Fiji was surely going to be an issue and we were prepared to order one from the states and have it shipped here.

The morning after the leak was discovered Dan went to shore in Denarau and stopped by Baobab Marine to discuss the best way to get one of these cylinders. They carry Spectra parts but didn’t have the cylinder we needed. They told him it would take a couple of weeks to get one in. Okay, that’s not a horrible thing as we could continue to limp along with it but he was pretty certain we could get it sooner if we had it shipped to someone in the states and had them ship it to us. It would have gone to our “go to” person, Dan’s sister, Tina. She’s a gem and always there to help with stuff like this.

Dan came back to the boat and because it was the weekend and Daily Watermakers in San Diego was already closed so we had to wait until Tuesday to call them and place the order. We’re a day ahead of the them.

Tuesday came and Dan got on the phone right away to see what we could do. They know him well at the Spectra store and after hearing Dan’s diagnosis they were certain he was correct. They also had some potential good news which is that there is a store in Lautoka that may have a cylinder in stock. Lautoka is not far from Denarau so we were excited at the prospect of being able to get one locally. Dan place a called to Oceania Water Group. Miracle of miracles happened as they told us they not only have one, but two in stock! The look of relief on Dan’s face was fantastic.

The next morning we took the boat up to Vuda Marina and anchored outside the marina. We went to shore and took a taxi into Lautoka to find Oceania where they indeed, had the cylinder we needed. The people there were amazing and incredibly helpful. They carry all sorts of water maker parts and filters. We will certainly keep them in mind if we ever have an issue again and we are in the area.

So, what was the final cost? Well, ironically we found that we paid less for it here in Fiji than we would have if we’d have had bought it in the states and had it shipped to us. We figure we actually paid about $50 USD less. BONUS!!!

Total time from the first leak to completion of the project…5 days!

Total Cost: $300 USD (This includes our taxi ride into Lautoka!)

After picking up a few other provisions in town we were dropped back off at the marina where we had a beer to celebrate before returning to Dazzler. Within two hours Dan had the new cylinder installed and there wasn’t a drop of water to be found.

The most important part of it all is we are making water. Dan took me to shore where we celebrated with a yummy dinner of Mongolian Beef at the Boatshed Restaurant overlooking the water. The sunset was beautiful, the food spectacular and the beer ice cold! Yes, all is right in the world of Dazzler again!