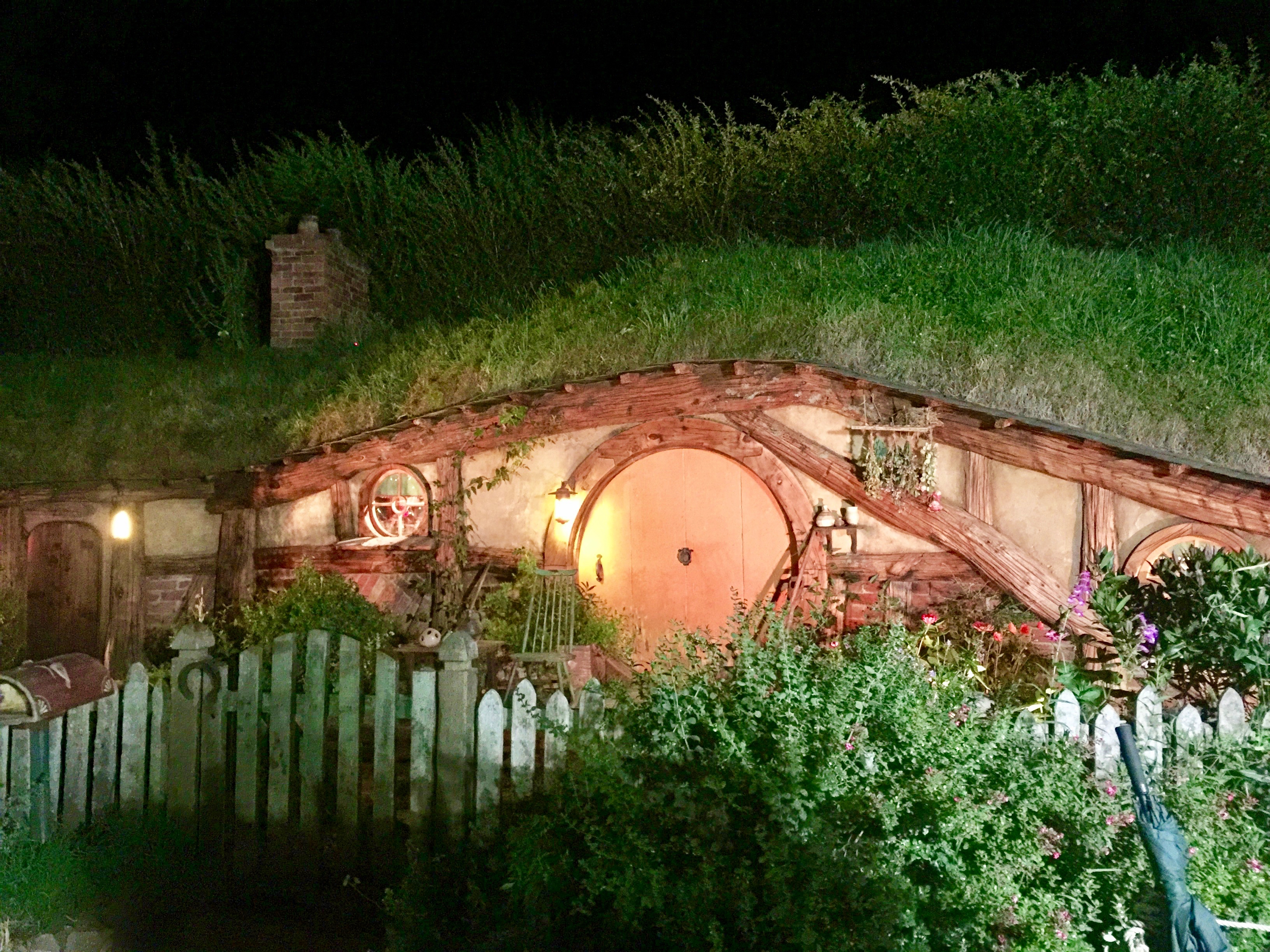 Christchurch is far behind us now as we have driven another 972 kilometers (604 miles) in the past two days. We drove from Christchurch to Picton to pick up the Bluebridge Ferry and then spent a night in Wellington. The following morning we drove to Aongatete where we arrived at the Aongatete Air B&B. This beautiful apartment is located on the bottom floor of a much larger house and is surrounded by a Kiwi farm and an avocado plantation. We were greeted as we arrived by our host, Amber, as well as her adorable puppy, Oscar. Amber was very sweet. She led us to the apartment and showed us around. The apartment is wonderful and has a fantastic view of the backyard. We love this place.

We woke up the following morning and decided we would just hang out around the apartment for the day. After all, there are beautiful gardens and wonderful places to walk and enjoy the scenery. Dan and I took a walk after breakfast to check out how Kiwis are grown and view the beautiful grounds. We’d never seen kiwi plants before so this was a new one for us. Heck, it wasn’t until we arrived in New Zealand that we understood exactly how you are supposed to eat a kiwi. If you don’t know, let me share as it was a revelation for us. Apparently, the kiwi people just cut them in half and then use a spoon to scrape the skin off of them as they pull out a “ball” of fruit. Yep…one kiwi is basically two bites. Who knew?

For dinner this evening we took the one hour drive to Matamata for our last big adventure for this trip. What’s in Matamata? Hobbiton. What’s that? Well, if you are like me you probably don’t know much about Hobbiton. At least I didn’t until I started researching things to do in New Zealand. Hobbiton is where they filmed the Lord of the Rings movies. Not being one for far out movies like these I had no idea but when I saw their website and how cool it looked I knew we had to see this place.

When you arrive at the designated area you are then transferred to a bus that takes you to the actual movie set. It’s out on this beautiful plot of land and since it was later in the day the light was just fabulous as the sun’s golden rays bounced off the ponds and tall grasses. Once we arrived at the set we were escorted through to the actual shire. Here we were divided into a couple of groups and from there we were escorted around the shire where they told us interesting facts about the movies and how the set was created and used.

One kind of funny fact is that there is a large pond in the middle of the shire. When they started filming they found there were so many frogs in the pond that they actually overpowered their audio equipment. What did they do? They hired someone to come and sweep the pond of all the frogs. This person relocated the frogs to a pond several miles away. It worked for a few days but all of the the frogs returned. They repeated this process over and over until they eventually had to relocate the frogs more than 12 kilometers (7 miles) away. Even then they came back. It just took longer so it gave them more time to film in between the frog sweeps.

Another cool fact is that the tree that is shown on top of Bilbo Baggins’ home is actually fake. The producers had this tree made for the set. The reason? Well, they wanted to be sure the tree looked exactly the same in each of the movies. Each leaf was painstakingly glued to the tree and as leaves fell off between filming they were replaced. They even have a smaller version of the tree for one of the movies where they go back in time. The interesting part of this is that they spent hundreds of thousands of dollars to create this tree and it appeared for just a few seconds in all of the movies combined.

After our tour of the movie set we were led to the Green Dragon Inn where we were treated to some tasty beer and a wonderful hobbit style meal. It was served family style on these long tables. There was so much food. It was truly a feast! And, it was really tasty. We ate and ate until we were stuffed and then they brought out these boards filled with desserts so we ate some more.

Once dinner was done we were led back into the bar at the Green Dragon where we were handed lanterns. The time had come for our tour of the shire at night. Well, it certainly was very beautiful at night as well with all of the lights on the little hobbit holes. The nighttime part of the tour took about a half an hour and then we were led back to our busses.

Like I said, I’m not much of a Lord of the Rings movie watcher. In fact I never even watched one until we came home. I did find it interesting to watch one having been to the set but I’m still not a fan. They are too dark and strange for my taste. As for the movie set…I loved it! The only thing I wish they had done differently would be to have had people dressed as hobbits walking around. You know…make it a little more Disney like. Now that would have been super cool. But, as it was, it was a fun evening and one more thing we can check off our bucket list.